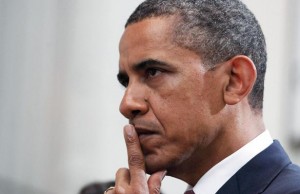 The Romanian nationals from around the Globe appreciate the recent resolution regarding American support for the Republic of Moldova.

We consider this to be a strong signal for the Romanian people, including Moldova’s 80% Romanian population, that the United States has not lost interest in the democratization of Europe’s eastern part.

It was recently proposed to the Romanian Government a project to aggregate a regional cooperation body, with NATO support, between Romania, Poland, Ukraine and Moldova in an attempt to contain the Russian threat in this region.
The project has a higher probability for success with US involvement.

In our opinion, the following project could help the implementation of the recent resolution.

1. To create a DEFENSIVE and DISCOURAGEMENT MUTUAL PACT (DDMP) between the four countries for the first line of European defense: Poland (NATO), Romania (NATO), Ukraine and Moldova.

The purpose is to create a limited diplomatic, political and military alliance for periods of regional crises (e.g., the crisis created by the Russian invasion of Crimea and threats against other Ukrainian regions and countries such as Moldova).

2. To build a GROUP for DEFENSE and MAINTAIN the REGIONAL PEACE (GDMRP) with the troops from Poland (NATO), Romania (NATO), Ukraine and Moldova, under the NATO umbrella.

The purpose is to place an international military group (these four countries) at the Eastern Ukrainian and Moldavian borders to monitor and to discourage any provocations.

This can represent a defensive line which could further deter Russian invasion or any provoked instability, such as Transnistria, the secessionist region of Moldova.

3. To create a permanent NAVAL DISCOURAGEMENT FORCE (NDF) in Black Sea, as a NATO task force stationed in the Romanian military port of Mangalia.

The group will defend and discourage any attempt to occupy the Ukrainian ports of Odessa and Kherson, the continental Romanian and Ukrainian Black Sea platform rich in oil and natural gas, and to block attempts to invade Transnistria (the secessionist part of Moldova) where there are approximately 1,200 Russian so-called peacekeeping troops.

In closing, we must remember that Romania and Poland are the main bastions for Eastern European security, being the most important geostrategic allies and NATO partners at the Eastern border of the European Union.